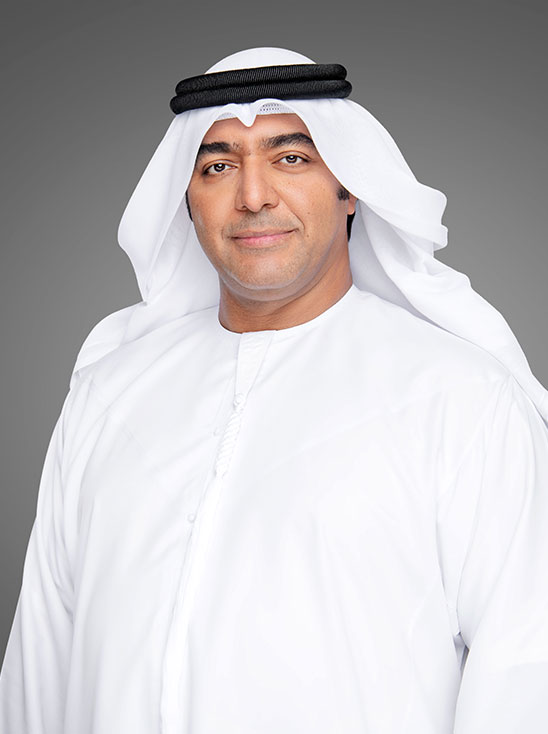 Maqsoud Kruse grow up in a multicultural and multiethnic family environment to a German father and an Emirati mother, which enabled him to have a deep understanding of cultural and social influences on oneself and on others as well as appreciating the values of tolerance, coexistence and diversity.

Maqsoud Kruse has been serving as the Chairperson of the National Human Rights Institution (NHRI) since its inception in 2021. Prior to that, he served as the Strategic Communications Advisor at the Ministry of Presidential Affairs (MOPA) in addition to his role as a member of the National Media Team that has been commissioned by the UAE Cabinet. Prior to that, he served as the Executive Director of Hedayah, The International Center of Excellence for Countering Violent Extremism, since its establishment in 2012 as an independent international “Think & Do Tank” focused on Countering Violent Extremism (CVE) in all of its forms and manifestations by conducting dialogue, capacity building, and research. In addition to his leadership and advisory roles, Kruse served as a Steering Board Member of the Policy, Think and Do Tanks Constituency for the Global Community Engagement and Resilience Fund (GCERF) since its establishment in 2014 as a multi-stakeholder global fund that works with local partners to strengthen community resilience to violent extremism.

Prior to joining GAL, he served in the United Arab Emirates Armed Forces as an Organizational Psychologist working in a variety of settings related to Applied Psychology, Strategic Planning and Leadership Development.

In addition to his twenty years of service in International, Governmental and Private sectors; he is an international writer, public speaker and a regular guest on a variety of media outlets and publications including but not limited to CNN, Sky News Arabia, Phoenix TV, Abu Dhabi TV, Al Hurra TV, SBS Radio, Sharjah Radio, New York Times, Washington Post, and The National.

Discovering his passion for Psychology at the early age of thirteen, Kruse have been ever since interested in cultivating human potential and the identification of giftedness and special abilities. This is reflected in his broad and interdisciplinary intellectual and scientific interests that includes but not limited to Psychological and Neurological Sciences, Gifted Education, Strategic Studies, Political Propaganda, Tolerance, Extremism and Terrorism, Political Islam and Contemporary Arabic Thought. In 2021, Kruse published a study titled "Year of the Fiftieth: The Role of Industrial & Organizational Psychology in Cultivating Human Potential in the United Arab Emirates" that was published by Trends Research & Advisory. In the same year, he published a study titled "The Challenges of Developing Inclusive Curriculum for Gifted Students in The United Arab Emirates" that was also published by Trends Research & Advisory. In 2019, Kruse published a book chapter in Arabic titled “The Psychological Foundations of Tolerance” that was published by the Sultan Bin Zayed Center. In the same year, he published his paper titled “Towards A Neurological Model of Giftedness: A Conceptual Perspective” at the 4th International Conference on Educational Neuroscience. His paper titled “Countering Violent Extremism Strategies in the Muslim World” appeared in “The ANNALS” of The American Academy of Political and Social Science in 2016. He earned his Master’s degree in Organizational Psychology from the University of Melbourne in Australia and his Bachelor's degree in Psychology from the United Arab Emirates University (UAEU).